Glenn Greenwald on 'Meet the Press', msn NBCNews.com David Gregory interviews Glenn Greenwald the Guardian columnist  about his association with Edward Snowden the NSA whistleblower, and the danger to individuals who shed light on classified government programs. He asked: "Why shouldn't you, Mr. Greenwald,…

William Binney worked in the NSA for 32 year. He claims to have been involved in the creation of a top-secret program to do with personal data. In this interview published on RT on the 12 of June 2013, Binney…

Take old and new scientific disciplines, mix in energy security, economics and geopolitics. Sprinkle some political ideologies seasoned with ulterior motives, and simmer for 20 years. And what you get is the climate change debate marinated in plenty of confusion, misinformation and divisiveness. The 2012 UN Climate Change Conference, COP 18/CMP is just around the corner scheduled to take place in Qatar (November 26th  – December 7th . Christiana Figueres, Executive Director of the UN Framework Convention on Climate Change (UNFCCC) seems optimistic that governments around the world are inching ever closer to reaching an agreement to agree. Yes we have heard it all before and yet here we are 18 years later with mounting pressure to finalise the treaty process, after years of failed attempt to materialise an agreement. END_OF_DOCUMENT_TOKEN_TO_BE_REPLACED

When Rickards talked about the ‘Gold Space’ global picture (15:45min) he pointed out: “Currency wars are about competing devaluations… Governments may try to trash their paper currencies”, but the gold superpowers END_OF_DOCUMENT_TOKEN_TO_BE_REPLACED

Oops… Are they up to their old tricks again?

Baxter Healthcare Corp. influenza vaccine – Preflucel being recalled. “Any stock should be quarantined and returned via the normal channels… No further Preflucel of any batch should be administered at this time.” A statement from Baxter read.

The reason given by Newbury-based Baxter Healthcare, which manufacturers the drug is; ‘There has been a higher-than-expected reporting of adverse reactions after administration of vaccines from this batch.”

This is not the first time Baxter is caught up with alarming issues when it comes to vaccines safety. This is the same drug company that was caught exporting Live Avian Flu Virus in seasonal flu vaccines back in 2009. A Story that was very quickly buried by mainstream media.

END_OF_DOCUMENT_TOKEN_TO_BE_REPLACED

Retired vaccine researcher speaks out about the industry he once was a part of. In this remarkable interview Dr. Mark Randall (a pseudonym) who worked for many years in the labs of major pharmaceutical houses and the US government’s National Institutes of Health, discusses the effectiveness and safety of vaccines, industry practices and their over all global reach and aims.

Intro: Dr. Mark Randall is the pseudonym of a vaccine researcher who worked for many years in the labs of major pharmaceutical houses and the US government’s National Institutes of Health. Mark retired during the last decade. He says he was “disgusted with what he discovered about vaccines.”

As you know, since the beginning of no more fake news, I have been launching an attack against non-scientific and dangerous assertions about the safety and efficacy of vaccines. Mark has been one of my sources.

He is a little reluctant to speak out, even under the cover of anonymity, but with the current push to make vaccines mandatory — with penalties like quarantine lurking in the wings — he has decided to break his silence.

END_OF_DOCUMENT_TOKEN_TO_BE_REPLACED 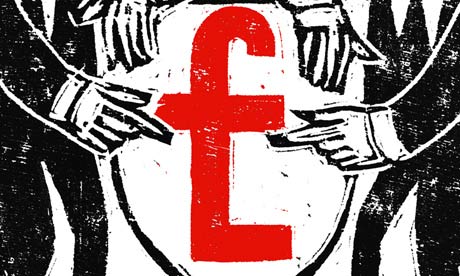 END_OF_DOCUMENT_TOKEN_TO_BE_REPLACED

Continue Reading The Empire of the City

If you were ever in doubt as to who are the rulers of this world, here is brief outline from The trader Alessio Rastani who was interviewed by BBC news this Monday …

The Keiser Report: Max Keiser and Stacy Herbert call it as it is and discuss the current economic situation in depth including the clip above and a lot more…

END_OF_DOCUMENT_TOKEN_TO_BE_REPLACED

Continue Reading The Financial Meltdown – The Rulers of The World END_OF_DOCUMENT_TOKEN_TO_BE_REPLACED

Can we believe a word of it?

This is such a fortunate timing accompanied with such little real evidence, that I can’t but help question the authenticity of the ‘OBAMA GETS OSAMA’ episode of this long drawn theatrical farce.

Osama must be treasured in some political circles. His status as international bogeyman been ever so useful in so many ways, without him, so many things would not have been possible; If it was not for Bin Laden alleged attack on America, could invading Afghanistan and Iraq would have been possible? How about rolling out the Patriot Act, or accepting torture and Guantanamo as just ‘another day another dollar’? Would it all be possible without having the illusive Osama running from cave to cave ending up in a million dollar mansion?

Sorry I don’t buy it!

Using Osama as election candy is not new it was suggested and reported that his capture will be used if there was a need to ensure bush continual squat in the white house for the full 8 years. But for all the strategy in the world, those around Bush could never really be there every time he opened his mouth without an ear piece. Only 6 month after 911 Bush questions whether or not Osama was alive.
END_OF_DOCUMENT_TOKEN_TO_BE_REPLACED